Webinar: From Diversity to Inclusion: How to audit your collection and why

Webinar: Is Reference Dead?: Practical Considerations for Evaluating and Improving your Reference Services

Enter your email to be notified of webinars and new blog posts.

If you work regularly with homeless patrons, you've likely encountered uncomfortable situations where communication seems to fail despite your best efforts. This article describes three common mistakes that can turn a merely uncomfortable situation volatile: "parenting" a patron, waiting, and worrying about gender. The advice here comes from Ryan Dowd, a man with decades of experience serving and working with the homeless. This article defines those three mistakes and offers guidelines to counteract them to help you diffuse, rather than escalate, tense situations.

"Parenting," in this context is about a voice register that is used to communicate with someone of a lower social status than the speaker. A "parent" voice presumes the authoritative position of the speaker and is characterized by judgemental statements. It is also usually accompanied by a tone of voice that may be condescending, clipped, or artificially sweet. 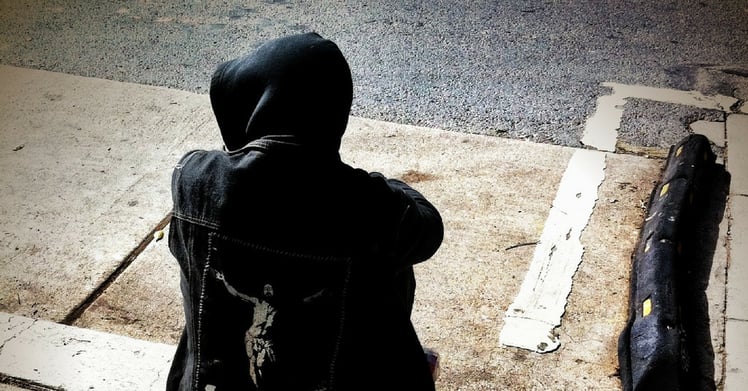 The alternative to a "parent" voice in the context of dealing with homeless patrons would be an "adult" voice. An adult voice assumes a peer relationship between the speaker and the listener. It is free from affectation. To illustrate the difference, imagine yourself speaking in the following situations:

Parent voice:  "You can't do that" vs. Adult voice:  "Sir, we have a policy against sleeping in the library."

Parent voice:  "Why would you do that?" vs. Adult voice:  "Sir, please do not look at lingerie ads on the library computer."

Parent voice:  "What is the matter with you?" vs. Adult voice:  "Sir, please do not stand on a pile of books in order to reach the top shelf.  We have a stepladder for that."

Homeless patrons, like most anyone else, will be offended by a "parent" voice. It will usually serve to quickly escalate a tense situation.

"Waiting" in this context means hoping that a bad situation will resolve itself so you won't have to intervene. This is nearly always the wrong approach. Appropriate intervention will rarely make a problem worse and it is always easier to address a situation in its early stages than after it has been brewing for a while without intervention. 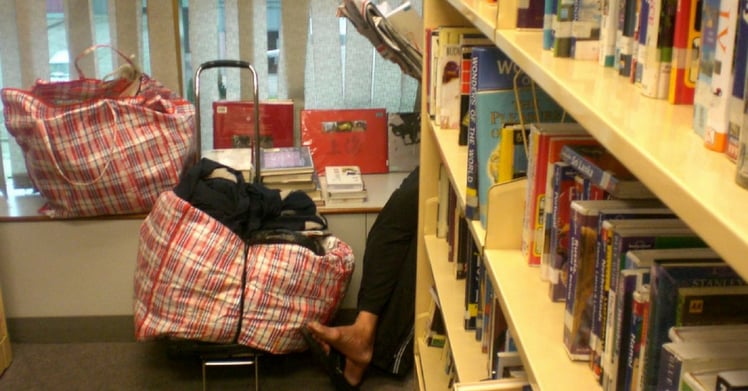 Waiting can be particularly problematic in the following situations:

1) Arguments.  If you have two individuals arguing, and it is a low-grade argument it is best to interject yourself into it very quickly because it is a lot easier to control a minor argument than a major argument.

2) Intoxication. If you have a policy forbidding intoxication in the library and you can see that a patron is in the library under the influence, you need to ask them to leave right away. If your library policy does not explicitly call for removal, you will still want to speak to the patron and let them know that you are aware of the situation and are ready to intervene or provide assistance in accordance with your library policy.

In these specific situations and in most others involving problematic behavior by a homeless patron, it’s best to think in terms of the old adage about “an ounce of prevention.” You want to intervene appropriately and early.

Don't worry about your gender

Many librarians wrongly assume that a male staff member will be better equipped to deal with a difficult homeless patron than a female staff member. This line of thinking reflects a mistaken approach to the situation. Physical presence, bravado, and blunt assertiveness are things that tend to escalate confrontations. Your primary goal should be to de-escalate the situation. Words are the best tool for de-escalating. Women have access to the same words that men do. Hence, women are just as well equipped as men to address a situation with a difficult homeless patron. 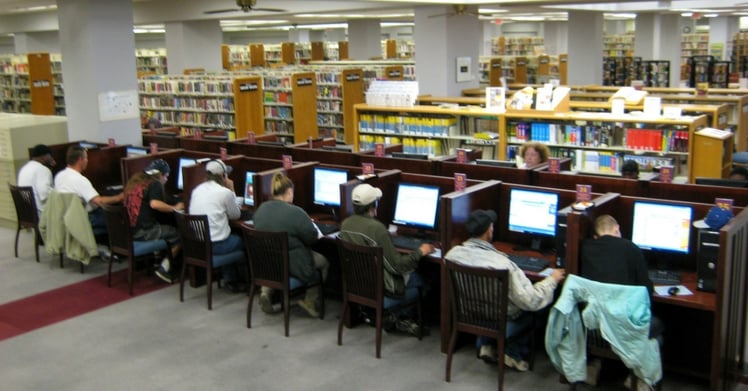 Ryan Dowd is the Executive Director of Hessed House, the second largest homeless shelter in Illinois. He is also the author of a forthcoming book on homelessness and libraries from the ALA press.

Jared comes to Niche Academy with a love for teaching and learning. He's a self-taught software engineer and graduated from college with two teaching-emphasis degrees. He finds endless fascination in the ways that new technology changes lives and reshapes the world around him.

Find out how Niche Academy helps libraries increase eResource usage by 70% in one year!